receive plans) Receiving the plans via dropbox is so easy, even Grandpa can do it!

(Plans are delivered within 24 hrs or less in PDF format).

​Now you can also receve PRINTED PLANS by clicking on the BLUE link at bottom. 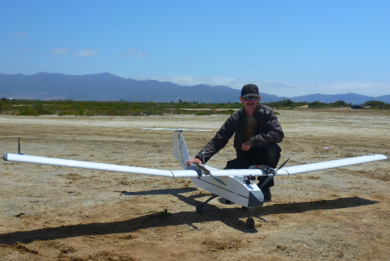 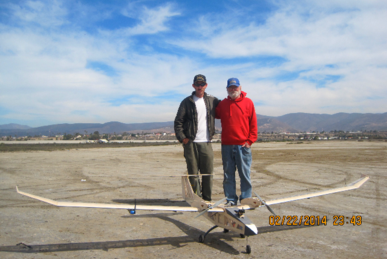 Want to learn even more?

Check out our "Give Me More Data" page, to get all of your questions answered regarding Gemini V-2 and our "Tesla" style battery!

Future Star is a Tandem-Wing / Lifting Body aircraft, with very unique characteristics. It is inherently stable, and can recover from any attitude by itself in about 2-3 seconds, without need for a flight stabilization system.

It can fly Hands-off, and is easy to keep in the air, requiring very little effort from the pilot.

It can simply be steered around the sky with the Aileron control, like an RC car.

It will resist excessive bank  and pitch angles. If you ask it to, it will execute rolls, and other aerobatic maneuvers. When you want to stop, all you have to do is let go of the controls, set the throttle to about 50%, and the aircraft will recover on it's own to straight and level flight.

has electric propulsion. After experimentation with a new rocket motor, it can continue it's flight, and land in a safe manner. It can execute a Go-Around, instead of committing to a high speed landing with a high rate of descent. (normal for other experimental lifting bodies, and rocket planes).  It's a stable, yet high performance platform for Rocket powered flight!

For Air launch underneath a

Can also be flown as an electric or rocket powered park flyer, without Gemini V-2!

Want to learn even more?

Check out our "Give Me More Data" page, to get all of your questions answered regarding Future Star!

Both payload bays have an unobstructed downward view of the ground, for mapping missions.

2 Hard points on the wings
~Modular 6 piece Design -  Fits in the trunk of a small car, and assembles in about 10 minutes.
~ Easier to fly than most trainers.
~Low Pilot / Autopilot workload, Due to stable flight dynamics.
~Easy to build and repair with common hobby materials. (Low Cost)
~ Robust design,  Ideal for commercial applications.
~Overall layout is ideal for keeping sensitive receivers far away from noise producing video transmitters, or telemetry modules.
How to Start Building Your Very Own Gemini Version 2 : As easy as 123...
1:  Order the Gemini Version 2 PLANS PACKAGE below. (arrives within 24 hrs) Have the PDF plans printed at your local office supply store at 100% size. (Plans for the Scratch build version, and kit version are included in the package, depending which you choose to build. Also parts-placement diagrams, Tips for setup/flying, and step-by-step build instructions).
2:  Send an EMAIL to Wayne for Pricing and Availability of his high quality laser Cut Kits:                           flyingsquirrelmodels@gmail.com
3: Source the remaining hardware online, or from your local Hobby Store.

The Video below will help you with the build.  In the description of the video, you will find links to most parts that you will need to complete your model.

If you have questions during the build, in addition to what is covered in the build video, feel free to send an email direct.     fpvreviews@gmail.com

Click Below to watch Future Star Fly under Rocket power!

For Advanced Builders Only

For Air Launch or Sport Flying

Scratch Build Video for those not using the high quality laser cut kit:

The Prototype design is optimized for cruise flight, with

​a thinner airfoil than the V-2, and although it recovers very quickly from a stall, and is difficult to stall, it does not have the soft stall characteristics that the V-2 airfoil provides.

It is also designed uncompromisingly for the ultimate in spiral stability, as well as stability in all3 axis' independently.

Spiral stability means, that when trimmed, it will not diverge on it's flight path trajectory over the ground, and if an outside force such as wind shear, (turbulence) acts on it, it will self correct it's heading to the original heading before the upset. This is a huge advantage  when flying for many hours, as you can let the plane fly itself on a heading, not touching the controls for up to 15 minutes at a time. with only a few degrees of divergence from the original course. It's almost like having an autopilot on board. Cruise flight is where the Prototype really shines.

The V-2 is built on the same principles of spiral stability, however, it has been compromised slightly  for practicality, in this particular characteristic.

The Split flaps allow the prototype to descend at very steep angles without gaining excessive airspeed, a handy feature for returning to earth after a high altitude flight.

​Build time for the prototype is quite high, so it is not recommended for commercial applications. For that, the V-2 is a much more practical aircraft, and build time is a fraction of the prototype.

Many people still purchase the Prototype plans, with a view to combing the features of the prototype with their V-2 build, and using them for other aircraft. Still others  build it as-is, just because it looks so cool!
THIS IS AN ADVANCED AIRCRAFT, AND NOT INTENDED FOR BEGINNERS!

​(We recommend the Gemini Version 2 for most builders, however, due to popular demand, the prototype plans are still available). 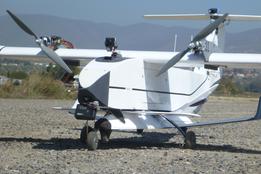 You can Now buy printed plans for Future Star by clicking on the link below!  You'll be directed to the FLYING MODELS website for the purchase.

When you Purchase PDF Plans, Here's how it works: 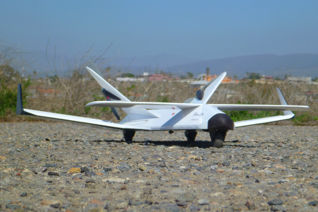 You can Now buy printed plans for Gemini V2 by clicking on the link below!  You'll be directed to the FLYING MODELS website for the purchase. 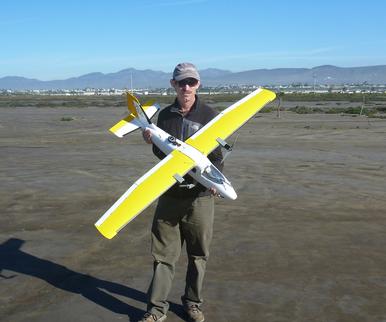 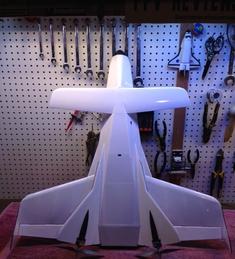 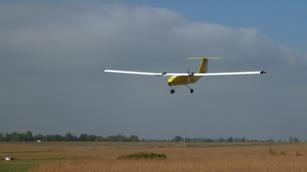 ​Plans can also be sent via E-mail if you prefer. (just provide your email address in "Notes to Seller" when you purchase. (Otherwise, a dropbox link will be sent to your Paypal linked E-mail address) You can also contact us at: fpvreviews@gmail.com if there are any issues, and we'll sort it out right away!

Purchase Gemini V-2 plans and Future Star plans together!  And we include the Improved wingtip PDF patterns too for only $25USD !!!