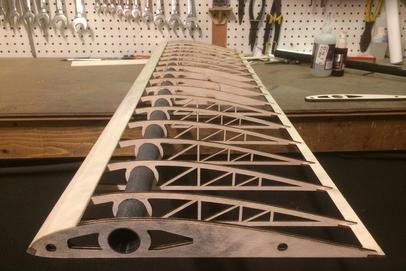 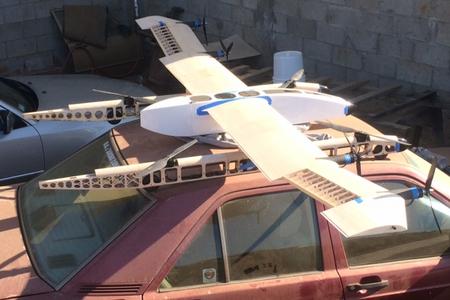 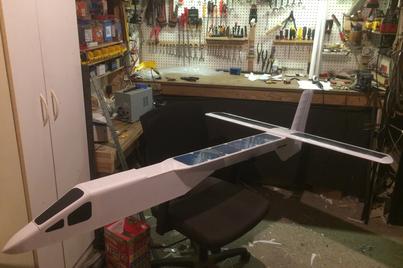 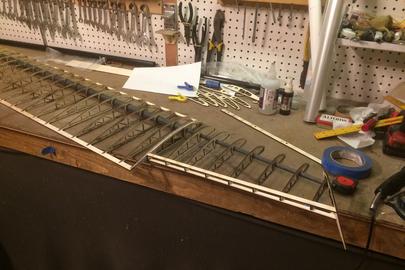 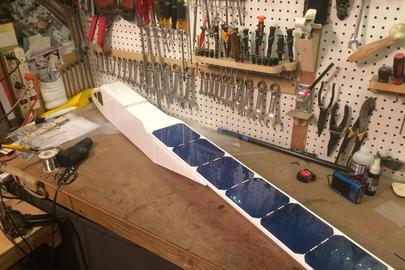 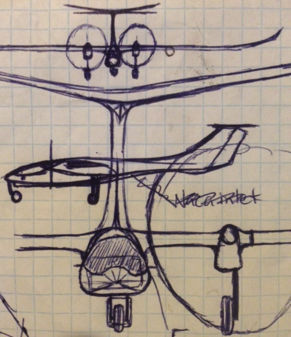 We think most UAV's will be VTOL in the near future!

At Bearospace Industries, we are always working on a new project!

We're Exploring some very interesting possibilities for the next unmanned aircraft.  here are a few of them.  Send us an email at fpvreviews@gmail.com    and let us know which of these you might be the most interested in, or if you have an idea to contribute!

A concept for a Solar powered fpv plane, this one would be quite big, at about 4600mm wingspan, and would have fairly simple construction (by bearospace standards) including a triangular rear fuselage with solar cells on the top, a crucifix tail, with the part above the fuselage being swept back to prevent shadow  from being cast on the fuselage panels. The wing would be a constant chord for most of the span, and without dihedral except for the turned -up wingtips.  the airframe would resemble solar impulse 2, but have a few changes that we feel would make it more practical for a smaller model.

Solar Dragon would be a real eye-opener of a project, that could have great potential to grow for the future, and be a priceless test-bed aircraft for universities and startup companies looking at operating their own hybrid electric/solar aircraft, or atmospheric satellites.  Our calculations indicate that the cells should be able to produce more than the power required to keep aloft, even with expected losses. The airspeed would have to be kept relatively slow, and a custom low reynolds number airfoil with deep drag bucket would have to be used.  Much technology could be borrowed from human powered flight programs, such as the spar design,  at least to start with..

This concept would use the Gemini Verison 2 design as the tanker aircraft, and trail a fairly large basket on about a 20 ft tether, the tether would be made of wires, positive, and negative, so it would hang below the g-2 tanker considerably.  Instead of inserting a probe into the basket, the nose of another plane would be inserted into the basket, and a rotating coupler with rare earth magnets placed opposite in pairs would provide an electrical connection, and ensure proper polarity. There would be a provision for the g-2 tanker to cut the whole rig loose in case of an uncontrolled oscillation, and the magnets would provide a break away point if the aircraft being re-charged went wild.  Both airplanes would have to be equipped with fpv, and the aircraft being re-charged would have to have the camera near the nose to guide it into the basket.  I am laughing already at how may tries it may take to get this to work, but if a few electrons could be exchanged, it may be the first time this has been done with electric unmanned aircraft!  Ever!

The design of the aircraft being re-charged would also have to be a twin boom or similar type with over-sized tail surfaces, as one of them will be blanketed by the disrupted airflow from the basket, probably about half of the time that it's approaching the basket.
Feel free to tell us if we're nuts on this idea,  but what if it worked, and what if it was easier than it seems?  An automated control system would eventually make this a routine procedure, with large commercial applications.
Who are we going to get to fly the chase plane?    Bear, of course... he's like the Stig..​

There are a surprising amount of people giving feedback about the Gemini project, which we love! Now, with the release of the Gemini Version 2, and the kit from Flying Squirrel Models, What are your thoughts?  We like feedback here at Bearospace, Whether it be positive, or negative!  We have thought about mass producing Gemini, perhaps a version 3.  What is the right direction to go with the design, materials, and logistics?   If you have any opinions on what you would like to see, let us know. Here are some of the possibilities for a production run:

Let us know what you would like to see:  fpvreviews@gmail.com